Ascension Recovery Services is a team of experts and specialists with years of experience working to support individuals struggling with addiction and their families.
Find me on:

END_OF_DOCUMENT_TOKEN_TO_BE_REPLACED

On March 4, 2019, WVU Medicine launched its new facility the WVU Medicine Center for Hope and Healing, a medically managed withdrawal stabilization and residential treatment center for individuals affected by substance use disorders (SUD).

WVU Medicine and the WVU Department of Behavioral Medicine and Psychiatry already offer a comprehensive menu of outpatient services for people with SUD, and the addition of withdrawal management and 28-day rehabilitation completes the in-house continuum of care for these disorders. The Center is a 29,305 square-foot addiction treatment facility that offers 12 beds for subacute medically managed withdrawal residential care and 30 beds for residential care up to 28 days.

Ascension Recovery Services was honored to work with WVU Medicine, WVU Department of Behavioral Medicine and Psychiatry to help develop this program.Read on to learn more about the residential treatment center, and how Ascension helped.

END_OF_DOCUMENT_TOKEN_TO_BE_REPLACED

Is drug addiction considered a mental illness? Addiction disturbs the brain, which then challenges an individual's needs and desires replacing them with new priorities like procuring substances to use.

The Diagnostic and Statistical Manual of Mental Disorders, Fifth Edition, lists criteria for SUDs, as well as distinguishes the differences of severity levels of substance misuse.

END_OF_DOCUMENT_TOKEN_TO_BE_REPLACED

Enabling Behavior: Are You Enabling Your Child?

If your child is using substances (drugs and alcohol), you may have been told that there are certain things you do for them are “enabling.” This can be hard because all you want to do is help them.

Read on to learn about what enabling is, signs of enabling and how to break the cycle.

END_OF_DOCUMENT_TOKEN_TO_BE_REPLACED

How to Get a Behavioral Health License

Ascension has created a universal approach to addressing state requirements, adjusting policies and procedures to meet those requirements and uses good business sense to create a profitable and effective treatment program.

END_OF_DOCUMENT_TOKEN_TO_BE_REPLACED

Once a person suffering from addiction has gone through treatment, he or she may need additional after-care treatment in the form of monitoring services. Monitoring services can help a person in recovery develop positive family relationships, transition into a supportive living environment like a sober living home, foster accountability and more.

At Ascension, we believe mentorship within a monitoring program can increase the chances of an individual’s lifelong sobriety. Continue reading to learn about these services and hear from our Peer Recovery Coaches (PRCs) and mentees.

END_OF_DOCUMENT_TOKEN_TO_BE_REPLACED

December is National Impaired Driving Awareness Month. According to the Center for Disease Control and Prevention (CDC), 29 people in the United States die in motor vehicle crashes that involve an alcohol impaired driver every day.

END_OF_DOCUMENT_TOKEN_TO_BE_REPLACED

How to Start a Sober Living Home in Your Community

Drug overdoses killed 63,632 Americans in 2016. Nearly two-thirds of these deaths involved a prescription or an illicit opioid.

Overdose deaths increased in every category researched for men and women, ages 15 and older, all races and ethnicities and across all levels of urbanization.

Death rates from overdoses involving synthetic opioids increased in 21 states, with 10 states doubling their rates from 2015 to 2016.

The highest death rates from synthetic opioids were in the following states:

Fourteen states had significant increases in death rates involving heroin. The highest being:

Sixteen states had significant increases in death rates involving cocaine. The highest being:

More than 72,000 Americans died from drug overdoses in 2017, including illicit drugs and prescription opioids. This is a two-fold increase in a decade.

These statistics are alarming.

The most staggering increase occurred among deaths related to fentanyl and fentanyl analogs (synthetic opioids), which accounted for nearly 30,000 overdose deaths.

Sober Living Homes (SLH) are a pivotal part of the recovery process and extremely important to the long-term recovery of those who have gone through treatment for addiction. The value of sober living homes has been verified through several industry studies, and the combination of SLHs and Intensive Outpatient Programs (IOPs) is proven to have a high rate of success.

Read on to learn how to successfully open and operate a sober living home.

END_OF_DOCUMENT_TOKEN_TO_BE_REPLACED

When deciding to develop an intensive outpatient program (IOP) or partial hospitalization program (PHP), it can be difficult to understand what exactly each program will offer.

Read on to learn more about what IOPs and PHPs can offer.

END_OF_DOCUMENT_TOKEN_TO_BE_REPLACED

Being Called Upon: Seeking Recovery Services for a Loved One

Early in the summer, we received an email from a family member of a patient we were able to place in treatment through our services. He said that he was compelled to write this.

END_OF_DOCUMENT_TOKEN_TO_BE_REPLACED
Prev All posts Next 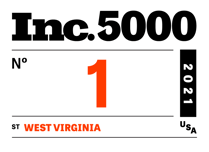